Kevin Kohlbrenner: ‘My life today is so much better than it’s ever been’

Kevin Kohlbrenner never imagined he’d be what he is today — a college graduate, homeowner, husband and, soon, father.

He battled a substance use disorder nearly his entire life. Introduced at the age of 10 to drugs, alcohol and cigarettes, he became a regular user at 13. By his 8th grade graduation, Kohlbrenner was mentally and physically dependent on pills. A year before he could legally drive, he was arrested for the first time.

Now, Kohlbrenner has been substance-free for more than two years and holds down a career for Moffat County as a social case, child welfare and adult protection worker.

“I had this belief that I just going to be on drugs my whole life,” he said. “I never saw myself as a professional with degrees. I never saw myself becoming a dad or buying a house. Meeting my wife brought out the best in me. Because of her, I have the confidence to do the things we’re doing together now.”

Kohlbrenner’s life didn’t change overnight though. He had to work at it every day. He still does. Some moments challenged him and had him questioning everything. It hasn’t been an easy road to recovery, but the journey has been worth it.

“It was hard to get to this point, but my life is so much better today than it’s ever been,” he said. “It’s not that I don’t have problems now; I just feel lucky that they’re not as bad as they used to be.”

“I never saw myself as a professional with degrees. I never saw myself becoming a dad or buying a house. Meeting my wife brought out the best in me. Because of her, I have the confidence to do the things we’re doing together now.” 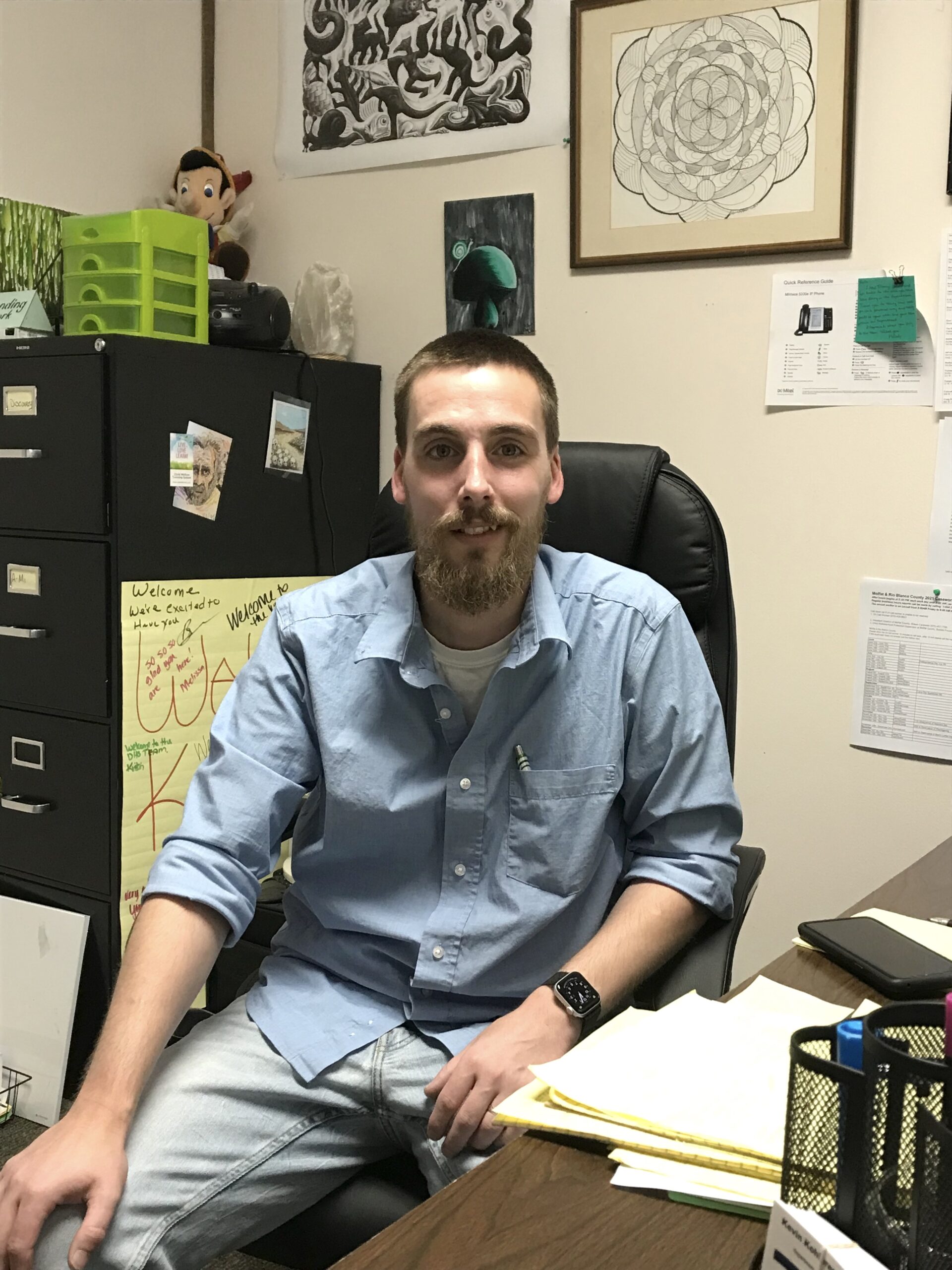 Where it all started

Kohlbrenner grew up in southwest Philadelphia and was no stranger to addiction, as many of his family members had used substances during his developmental years. At a young age, he became immune to the impact of substances and didn’t know what life could look like without them.

At 16 years old, after years of using substances, Kohlbrenner was hit by a drunk driver. His injuries gained him access to a new world of opioid use, and when his prescriptions ended, he started buying pills off the street. From 18 to 25 years old, Kohlbrenner had an opioid addiction.

“I got to the point that I did whatever I could get my hands on,” he said. “The drugs always came first because you’re either feeling sick or you’re high.”

Kohlbrenner’s first experience in rehabilitation was at 25. After living with an ex-girlfriend and selling everything they owned for substances, he became homeless. His mom found him and helped him get into a facility in north Philadelphia.

“It was really difficult for me since I had been using since I was so young,” he said. “I was eventually put into a psychiatric ward because of it. I was extremely violent, homicidal and suicidal. It wasn’t a good situation.”

Finding value in escaping Philadelphia, his rehabilitation team offered Kohlbrenner a plane ticket to Florida to complete a 90-day program at another facility. There, he met the girl who brought him to northwest Colorado.

With $20 and a backpack, he moved to Colorado to recover with the help of her family, but they inevitably broke up. Suddenly, Kohlbrenner was alone in a state in which he knew nobody, leading him to relapse.

Since this story’s initial publishing date, Kevin is now the proud father to his daughter, Pepper. He and his wife are thrilled to experience this next chapter of life together as a family. 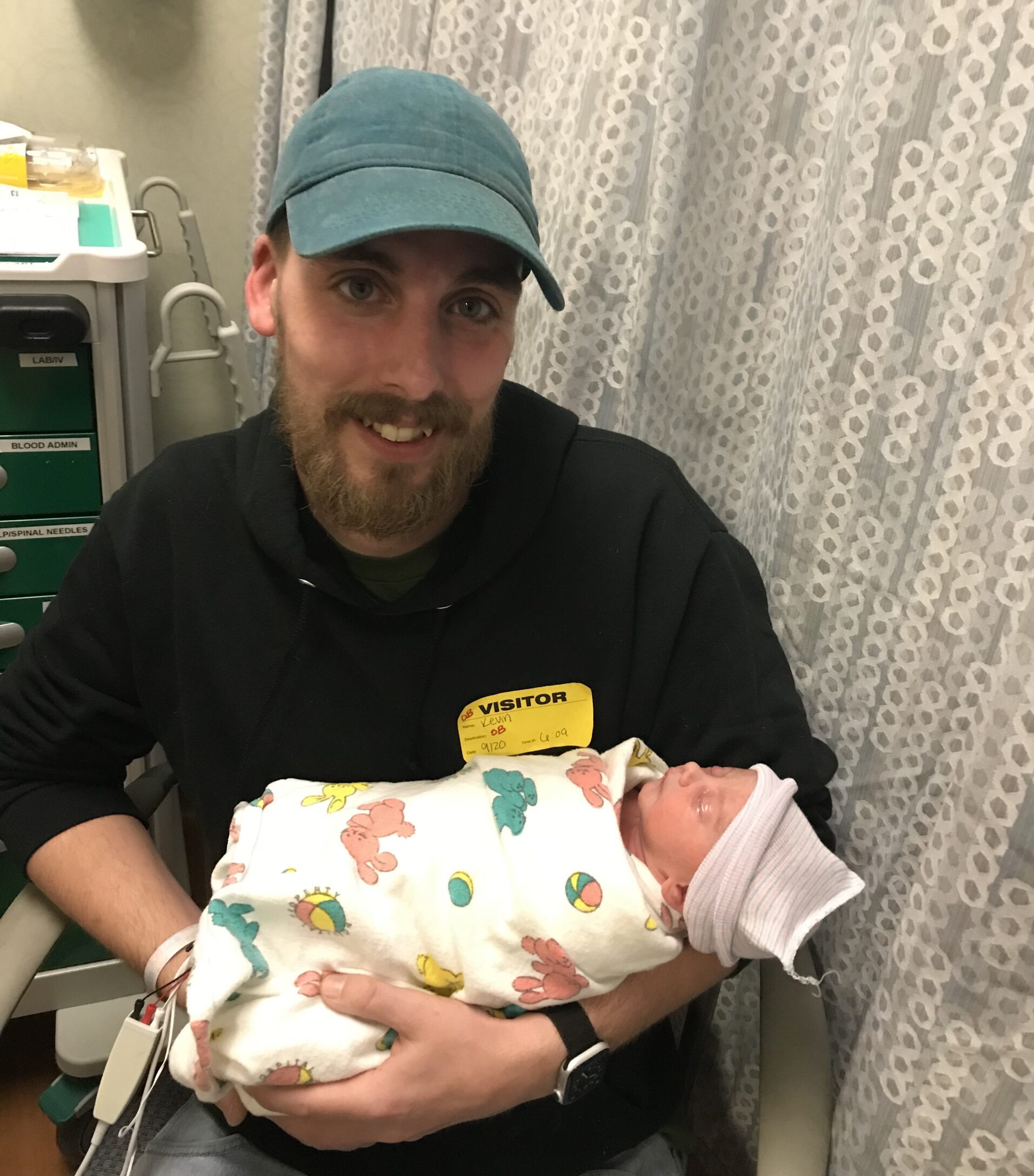 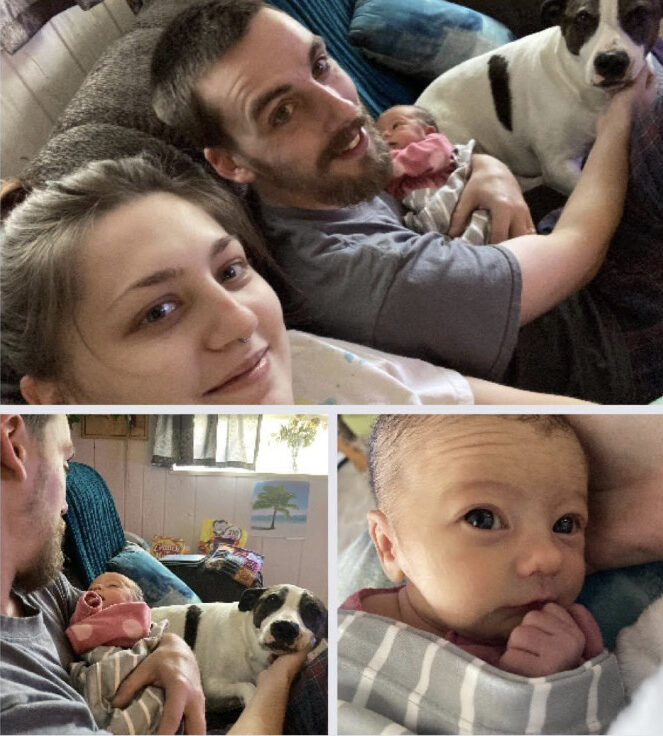 Kohlbrenner met a girl while attending college for his bachelor’s degree. At the time, he was struggling with his substance use disorder. They began dating then eventually got married, and although she never had a SUD, she stayed with him.

Kohlbrenner remembers a specific moment in which he realized his life needed to change.

His wife had planned a pleasant day for the two of them in Rifle Falls State Park for his birthday, and instead of enjoying it, he was miserable from the side effects of his substance use.

When they got home, his wife left for work, and Kohlbrenner was alone with his thoughts. Walking around his house, he stumbled across a photo of their wedding day, in which he looked discolored and sick.

“Every time I looked at that photo, I wanted to throw up,” he said. “I felt terrible. It was like this moment of reality set in for me. When you’re using, you comfort yourself with denial and different lies so you can sleep at night. You justify why it’s OK. I just couldn’t lie to myself anymore.”

Kohlbrenner calls it a spiritual experience. He broke down and cried for hours, then when he picked his wife up from work later that night, he told her everything.

“I purged and I was really afraid she would leave me,” he said. “She kept me alive and I’m really grateful for that.”

Kohlbrenner immediately got a sponsor and worked the steps he needed for rehabilitation. To this day, two years later, he attends substance use disorder meetings daily. He credits the friends he made in rehabilitation for supporting him and getting him to this point. He gives most of the credit, though, to his wife.

Kohlbrenner and his wife have a baby on the way — a pathway of life Kohlbrenner never thought was possible for him. Without the strong support from his wife, he believes he might not be where he is today.

“I was really self-conscious and would wear sunglasses and a hat to cover my face — especially in a small town. Once people here determine your reputation, it stays like that forever. You can’t really get it back.”

“My wife is the best thing that ever happened to me by far,” he said. “She had every right to leave, even before we got married, but she stuck it out through all the tough times. I’m really grateful for her, and it’s powerful how her never leaving my side made such a difference in my recovery.”

Kohlbrenner described why relationships — familial, romantic and otherwise — can be difficult for individuals with substance use disorders, including himself.

“When you’re using, it’s uncomfortable to have someone love you despite everything,” he said. “They don’t want to give up on you when you’ve already given up on yourself. It’s almost easier to have people leave you and fight you.”

These feelings of hopelessness and lack of self-worth are often rooted in stigma.

Usually an extrovert, Kohlbrenner didn’t want to be seen when he had his substance use disorder. He had scabs all over his skin and looked very ill. He cared about what others thought about him and how he was perceived by the community.

“It was so lonely and isolating, especially when it was really bad,” he said. “You’re so sick and you don’t want anyone to see you like that. I was really self-conscious and would wear sunglasses and a hat to cover my face — especially in a small town. Once people here determine your reputation, it stays like that forever. You can’t really get it back.”

Kohlbrenner encourages others to be more understanding and accepting of those in the community with SUDs. They aren’t criminals; they are people looking for solutions to their problems in the wrong places. They want to be active members in their communities, much like Kohlbrenner wanted to, but are sick and need help. Without a support system, it can be difficult for them to seek help.

“I don’t think people have much sympathy for active addicts until they are in recovery,” Kohlbrenner said. “Unfortunately, the stigma in the community will keep people sick until they’re accepted by society and within the community. You have no idea the potential these people have and what they could become if you give them a chance.”

Kohlbrenner hopes his story makes an impact in changing the stigma in Northwest Colorado. He said apprehension and judgment from others are often just signs of misunderstanding SUDs.

“I can stand by my past because of my present,” he concluded. “I think all we have is our stories. They help us and each other get through difficult times in our lives. They’re powerful tools that can change the way we look at the world. They let others know that change is possible.”