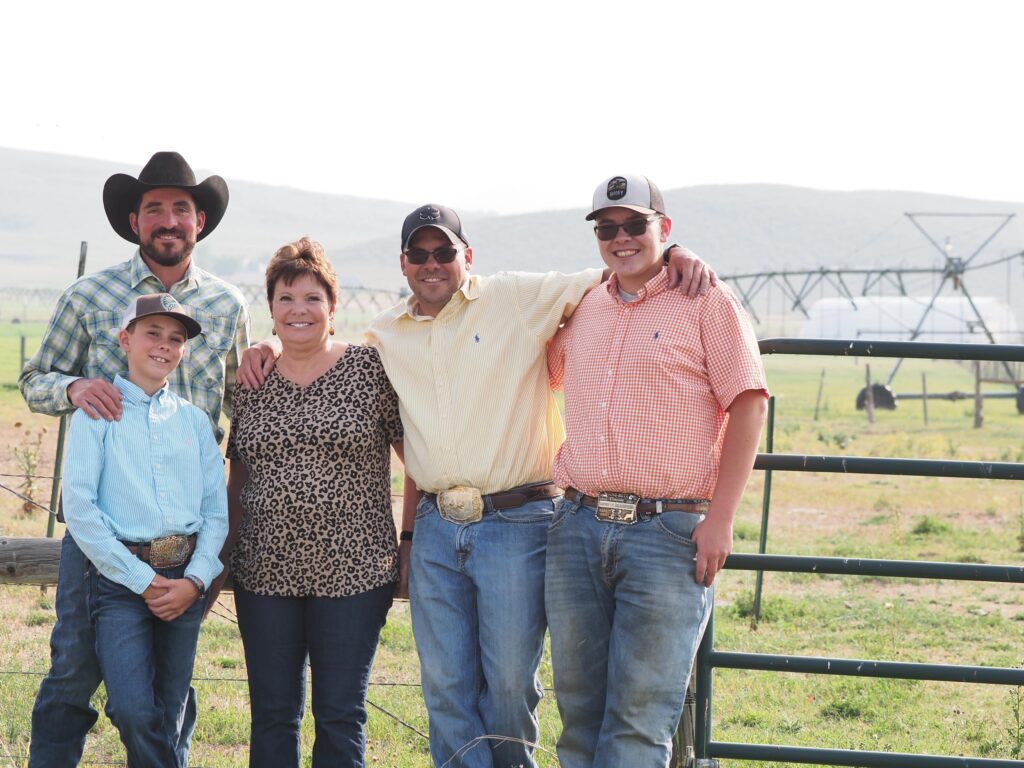 When Susan Stout struggled with her substance use disorder, she didn’t realize she had access to several community resources. She believed her SUD was a battle she had to fight alone, and perhaps it was a battle she couldn’t win.

Now three and a half years abstinent from drugs, Stout said the only reason she’s still alive is because her support system knew where to direct her for help and recovery. They supported her throughout her rehabilitation and continue to support her today in her ongoing recovery.

Without her son, Ty, and best friend, Susie, by her side, Stout believes she might have reached a point of no return.

“I didn’t seek help because I didn’t know there was help,” she said. “Without my family and close friends, I wouldn’t have gotten the help I needed. I might still be using. Or I might be dead.”

Born and raised on a ranch, and a resident of Meeker for the past 43 years, Stout lived a fairly traditional lifestyle. She went to college, married the love of her life and had three children. She and her family worked hard every day and made ends meet.

Stout’s first serious encounter with substances occurred after fighting a terrible cold and trying cough syrup prescribed for her sons. A blip in her life story, Stout overcame the addiction rather quickly and lived her life substance-free for 22 more years.

Then her husband, Darryl, passed away.

The loss broke her heart and the grief felt incessant. To cope with the pain, Stout found a bottle of Vicodin pills stashed away in her medicine cabinet that had been prescribed years prior. She wanted to feel numb and escape her reality.

On that day four years ago, Stout relapsed.

“People tend to judge you and I was embarrassed. Education and acceptance are so important in making sure people can start their recovery process.”

At one point in her substance use, Stout recalls taking up to 30 pills a day. She became dependent on them and sought unconventional ways to obtain them when she ran out.

Eventually, Stout purchased a bottle of pills that were cut with fentanyl. Fentanyl is a powerful synthetic opioid similar to morphine, but 50 to 100 times more potent, according to the National Institute on Drug Abuse. It is often the root of many opioid addictions and overdoses.

One day, Stout took too many of the mixed pills. She was traveling to Grand Junction for her grandchild’s baseball game and vaguely remembers being so unconscious that she hit a guardrail with her pick-up truck, leaving a dent in her bumper. She didn’t know it, but she was experiencing an overdose.

Her son, Ty, told her that when she arrived at the game, her eyes were vacant, and she was fabricating insensible stories. He knew something was wrong.

Ty, who was a law enforcement officer at the time, was concerned about his mother’s behavior and took her to the Emergency Room. Stout woke up in her hospital bed the next day, completely unaware she had suffered an overdose. She credits Ty for saving her life.

“It was scary,” Stout said. “Had he not noticed, I would have died. When I woke up in the hospital, I felt helpless. I was afraid of what people were going to think and I was afraid of how my family would react.”

Stout realized she needed to make a change, and luckily for her, Ty knew exactly how to connect her to local rehabilitation resources, thanks to his training at the Meeker Police Department. If not for him, Stout says she wouldn’t have known where to start.

“I didn’t know where to get help and I was ashamed to tell anyone,” she said. “People tend to judge you and I was embarrassed. Education and acceptance are so important in making sure people can start their recovery process.” 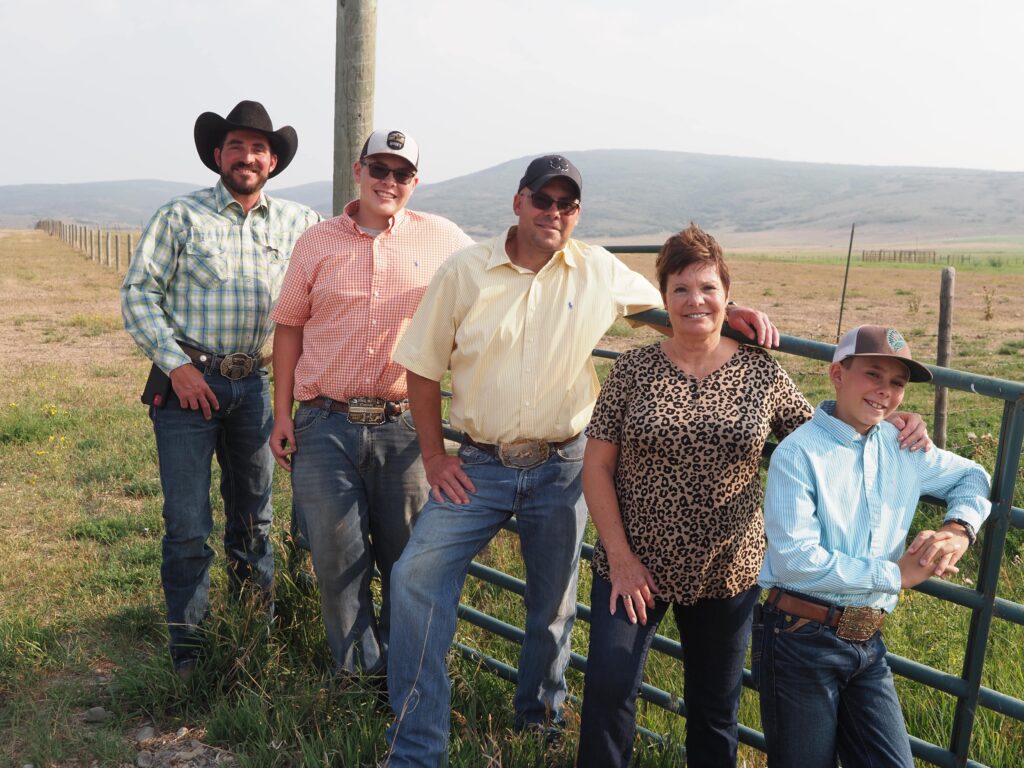 Stout now knows substance use disorders are the same as any other health disorders, and it’s OK to ask for help. But amid her SUD, she didn’t. Stout hid her addiction from her family and friends.

“You lie and you hide it,” she said. “You find ways to justify your lies and secrecy. I didn’t want them to know I had an opioid addiction. I was afraid of judgment, and I also didn’t want to be a burden. My self-esteem was really low. I thought if anyone found out I was using, it would make me a worse person in their eyes.”

“The world isn’t against us. There are places you can go to get help.”

Stout said the harsh stigma surrounding SUDs within the community delayed her from getting the help she needed.

“The ranching community generally believes opioid addiction is a choice, and sure, it might be at the beginning,” she said. “But people get really addicted. It no longer becomes a choice. It felt like control was completely taken out of my hands.”

To increase the number of individuals who reach out for help, Stout knows the perception surrounding SUDs needs to change. Change, education and awareness could result in fewer delayed recoveries, ultimately saving people’s lives before it’s too late.

“I felt scared to death and helpless and all by myself,” she said. “I didn’t think anyone understood what I was going through. But then I started group therapy at Providence Recovery, and I realized I wasn’t alone. I still go every week. It changed my life.”

Stout wants people to know there are amazing resources in the Northwest Colorado community. She wants those struggling with a SUD — or their family members and friends — to know there are people who can and want to help them get better.

“The world isn’t against us,” she said. “There are places you can go to get help.”

Stout has been completely substance-free for three and a half years, holding strong through circumstances that could have ended in relapse.

After undergoing a double-knee replacement, Stout worked with her doctors at Providence Recovery to ensure she didn’t relapse while taking her pain medications. She never felt the urge to misuse her prescription.

Recently, Stout put down her beloved dog that Darryl gifted her — a piece of him that lived on after his passing, and a piece of him she cherished having around every day. Instead of gravitating toward substances, Stout was thoughtful about how she handled her pain and reached out to her closest resources to get her through.

“You eventually realize that the pain will fade, even if it never goes away, and you can survive this without drugs,” she said. “I wish I would’ve known that years ago.”

Stout is at a point in which she can comfortably share her story in hopes of helping others going through a similar situation. She believes it’s her duty to help change the negative perceptions associated with substance use disorders.

“Before, I was the person who needed the help — and I still do — but I want to provide encouragement for others,” she said. “My life in recovery has been full, and I’m very blessed and thankful to be where I am now.”